Atlas Foundations, a subsidiary of Franki Foundations, is taking part in the project as a member of the Alliance consortium. Our colleague Steffie Biou has been named "godmother" to the tunnel boring machine

The first tunnel boring machine or TBM (drilling circular section tunnels in soils and rocks) to be used for the Grand Paris Express, the largest urban project in Europe, was launched on Saturday, 3 February at Champigny-sur-Marne (Val-de-Marne, Île-de-France). The Société du Grand Paris organized KM3, a popular event designed to involve residents and inhabitants of the Greater Paris metropolis in the works. No less than 2,500 people attended the launch.

The largest urban project in Europe

With the Grand Paris Express project, the French capital will receive a second metro network aimed at serving its suburbs. The scope of the work is impressive: with a loop of 205 km of automatic lines and no less than 68 new stations, this ambitious project will double the size of the current Paris subway (220 km), which serves principally the 20 districts located inside the Paris ring road (périphérique).

The four new lines of the Grand Paris Express and the two extensions of existing lines will be connected to the existing transport network. Essentially underground, the new metro will cross the municipalities of the greater Paris metropolis to connect them among themselves and with the capital. This will make it easier to get from one part of the Île-de-France to another without going through Paris, but also to reach more quickly the heart of the capital from its suburbs.

The Grand Paris Express will serve the major business areas (airports, business centres, research and university centres) and other suburbs that are currently difficult to access. It will bring everyone closer to their workplace and make daily journeys faster and more pleasant. Finally, it represents a new alternative to the car, thereby reducing pollution, traffic jams and helping to create a metropolis that is more respectful of the environment. BESIX Group's participation in this visionary project is therefore perfectly in line with its ambition to "excel in the creation of sustainable solutions for a better world" .

Since 2015, Atlas Foundations, the French subsidiary of Franki Foundations, itself a subsidiary of BESIX Group specializing in deep foundations, has signed contracts for nearly €80 million of foundation work on the Grand Paris project as part of its participation in the Alliance grouping, which also includes the Demathieu Bard Group, Implenia, NGE and Impresa Pizzarotti. The grouping has been awarded a series of lots on lines 4, 11 and 14 for the RATP, a construction site at boulevard Haussmann in Paris for the RER network for the SNCF and several works on lot T2C of line 15 South for the Société du Grand Paris.

Last weekend, it was this lot T2C of the line 15 South that was in the spotlight. The access well for the first tunnel boring machine of the Grand Paris Express (work unit 813), built by Atlas Foundations, consists of 21 moulded wall panels 1.22 m thick and up to 24 m deep, representing nearly 4,000 m³ of concrete.

With the entrance well now finished, the Atlas Fondations teams are currently working on work unit 807, the exit well for the Steffie-Orbival TBM, with 1.52 m thick diaphragm walls running down to a depth of nearly 50 m.

The KM3 event on 3 February allowed the public, numerous despite the rain, to come close to the well and attend the baptism of the tunnel boring machine and the descent of the cutting wheel, a large-scale technical operation mobilizing the largest crane in Europe. The cutting wheel was lowered 20 m underground, where it will dig the first portion of the tunnel. A true "factory train" of more than 100 m in length and 10 m in diameter, the machine will drill its way from the "Puits plateau", near the site of the future Champigny operating centre, to Villiers-sur-Marne. This launch marked the symbolic beginning of the tunnelling work for line 15 South of the new metro, which will link Pont-de-Sèvres to Noisy-Champs.

In the tradition of Sainte-Barbe, protectress of miners and underground workers, each tunnel boring machine is placed under the benevolent eye of a godfather or godmother. At the baptism, the symbolic name of the first tunnel boring machine of the Grand Paris Express was unveiled: "Steffie-Orbival". Steffie Biou is the name of our Atlas Fondations colleague, who is an operator-cutter for this project. Steffie-Orbival and its train will be 10 m wide, extend back some 106 m and weigh a total of 1,600 t.

Wim Claesen, General Manager of Franki Foundations : "Franki Foundations and its subsidiary Atlas Foundations are proud to contribute to Europe's largest infrastructure project. With more than 200 km of metro lines and 68 stations, the Grand Paris Express will increase mobility around Paris in a sustainable way. The choice of Steffie, our operator-cutter colleague, as godmother to the tunnel boring machine, is in my view a great recognition of our professionalism in deep foundation technology, on this project as on others in Europe." 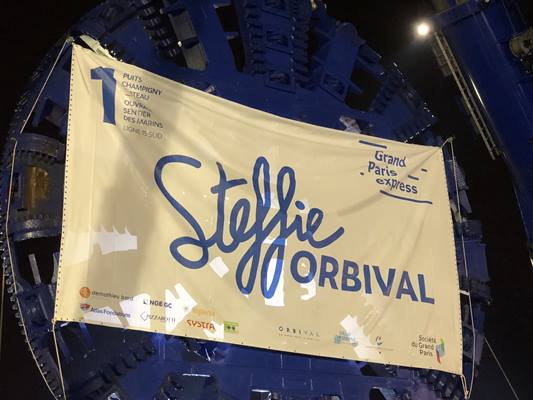 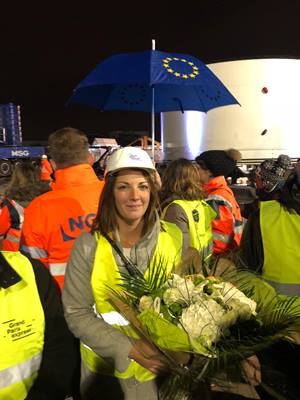 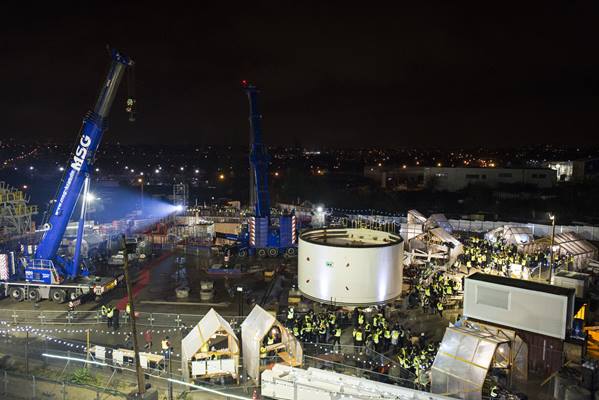 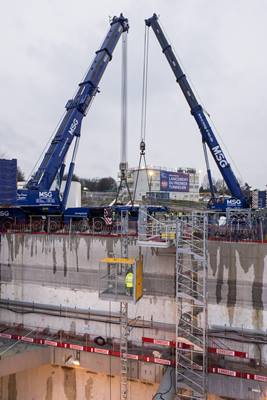 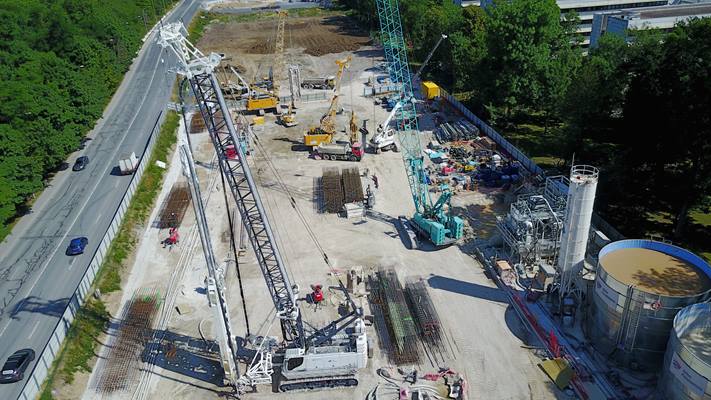